Word of the Day: What

As in, WHAT have I been doing? LOL it's been a crazy year, and there are so many things to share that I really don't know where to begin.

My little girl is 2 years old (I can barely believe it!) She's doing lots of talking and is EXTREMELY active. Every day really is an adventure!

My family is doing well. We recently relocated to a new home and are starting to get settled in. Everything should start feeling more "home-y" once I have some down time to decorate and spruce it up.

I'll be back soon, with pics and more updates!
Posted by The Cocoa Mommy at 11:16 AM No comments:

Word of the Day: Teeth

I would attach a picture, but that would require getting my Munchkin to stay still for more than 5 seconds ...

The little one has 12 teeth. We're nearly halfway to a full set of chompers! She is able to eat pretty much anything at this point: when we went to Costco a few weeks ago, she happily chewed on some beef jerky samples, mini chocolate muffins, and ravioli.

Seriously, there's nothing that she won't eat.

I'm glad that she is officially eating like a big girl- it makes mealtime MUCH easier.

It's good to just enjoy the sweet little munchkin for who she is: a curious toddler that never ceases to amaze me. Love this face.

Word of the Day: No

Not much to say, other than this:

My daughter L.O.V.E.S the word "no". Of course, she hates to hear it from me, but she loves to say it.

When she gets tired of saying it, she shakes her head instead.

I don't know if I'm prepared to deal with this strong personality that is forming within my precious little girl. She continues to show me, on a daily basis, that she plans to battle with me every chance she gets.

And, to be honest, she wins quite a few of those battles. I'm too old to fight LOL!

Posted by The Cocoa Mommy at 6:16 AM No comments:

Just today, I was talking with a coworker that wants to start a family soon. She is married, and she and her husband are eager to get pregnant. I shared with her this little bit o'wisdom:

Whatever lessons you need to learn, your kids will teach them to you.

Lack patience? You have 18+ years to figure it out. And you will definitely improve over time. Bad with money? Unless you have no desire to be a good parent, you learn the basics- QUICKLY. A little too passive? Let someone mistreat your kid, and then behold the lion in you as he/she comes out effortlessly.

I was a lot more of a free-spirit prior to motherhood. Having my daughter made me a much more focused, driven person. I have to be focused to keep her on a schedule, let her know that actions have consequences, to purchase the right things at the grocery store, so I don't have to return every other day ... There is just a lot more intent with my actions now. I exercise forethought like I never have.

Likewise, I know some women who were more rigid, focused personalities, that ended up becoming much more relaxed after parenthood. Certain things cannot be changed, and letting the chips falls where they may is often the best decision a parent can make. Letting go can give a parent more peace than anything else.

Some evenings, after the baby has been put to bed, you realize that your kid is clean, healthy, and sleeping soundly, and no matter how awful the day was, you and Baby survived it. And you relish the fact that nothing else matters, other than you and Baby made it through the day. Other days, you spend the entire day, successfully checking off every item of your to-do list, and even making a dent in the next day's tasks. And you end up relishing that, too. It's a weird, unpredictable life, when you have children.

Posted by The Cocoa Mommy at 10:40 AM No comments:

I Need to Update More Frequently ...

This year is going by so fast! My little one is 15 months old, and getting cuter by the day :) I really love seeing her personality form and watching her grow and learn. I think this phase is more fun than the initial excitement from bringing the baby home from the hospital (well, maybe not quite that much fun, but it's a pretty close runner up). She'll be going to the doctor in a few weeks, so I'll post those stats and measurements when I get them. For now, here's what's going on:

-She can also say some other cute phrases. She says, "backpack" (one of her first words, thanks to Dora the Explorer) "bubble" (from the Bubble Guppies), "up" (when she wants to be picked up), "want some" (what she'll say if she sees you have some food that she wants; however, she says it as if SHE'S offering YOU food, though she's really just trying to figure out if you're going to give her some LOL!).

-She shakes her head "no" when she doesn't want to do something. It's funny- no one had to teach her that. She seems to have gotten that one all on her own.

-She's becoming more obedient. Saying "No" or "Don't touch" will stop her dead in her tracks. The funny part is when she's standing there after you stop her- she always looks so guilty LOL!

-She LOVES books. She used to rip up every paper item she got her hands on, but now, she's too busy looking at pictures to tear up books. She also loves it when we read to her. I hope we have a future little bookworm on our hands!

-She's fascinated with glasses. Every pair she sees, she tries to put them on. She always looks so cute when she's wearing them :)

-She loves hopping in the shower with me. It's easier and quicker to get her clean that way, and she loves playing in the water. We both win!


That's all the updates. Look out for another post pretty soon- things are changing all of the time, and I want to keep track of it all! Take care!
Posted by The Cocoa Mommy at 9:13 AM No comments:

Not much commentary, just pictures :) These were taken in April- I'm just really late at putting them up. Look at my growing baby! 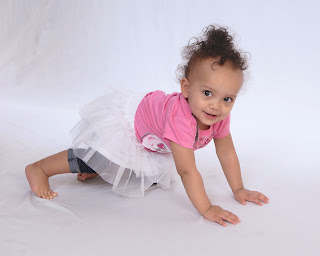 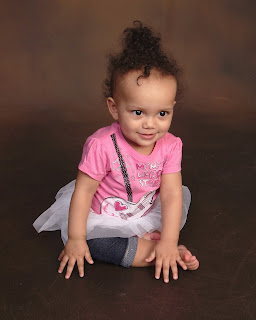 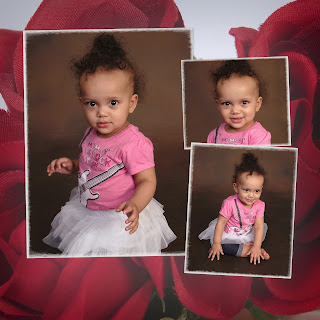 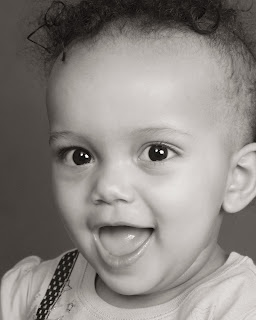 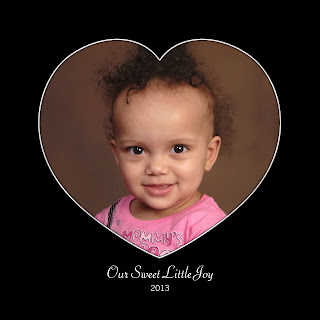 Another post will be coming very, very soon. I want to insert some more pics into it before publishing it. Talk to you all soon!
Posted by The Cocoa Mommy at 4:49 AM 2 comments: